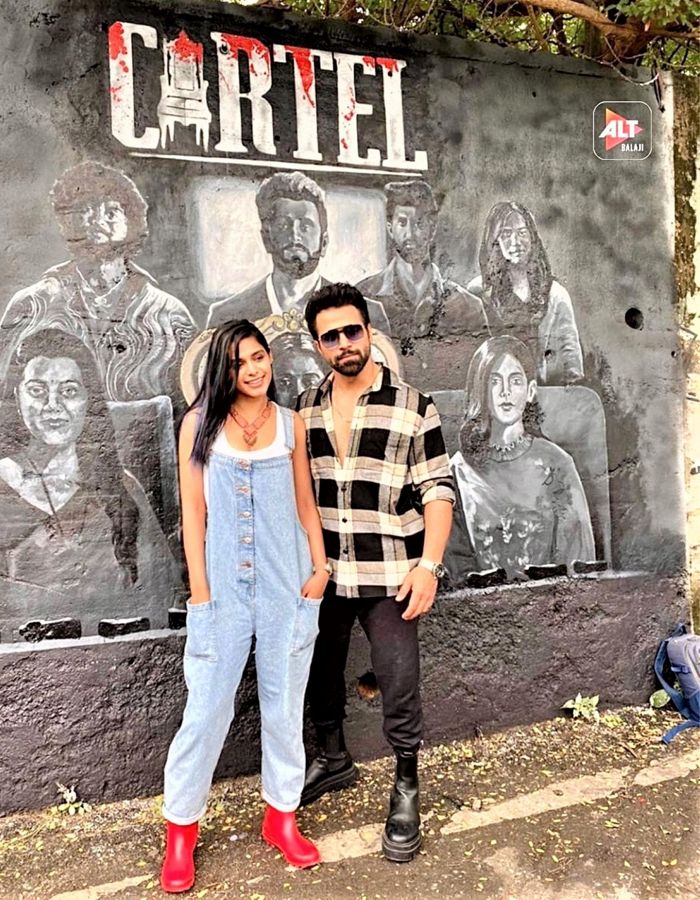 Ladies and gentlemen, huddle up! It’s that time of the year. Samay hai uss waqt ka jo aapko dikhaega ki Mumbai sheher akhir sachmein kiska ilaaka hai. The upcoming ALTBalaji thriller entertainment, Cartel is here to introduce you to the true ruler of the city. The web series is all set to narrate the tale of five gangs, Khan, Angres, Gajraj, bookie-cum-producer, and Anna who run different parts of Mumbai.

ALTBalaji’s Cartel is a mega multi-starrer that revolves around power, politics, paisa, and action. Besides this, here are a couple of reasons why you cannot miss out on their latest venture:

Ye kahani koi ek gangster ka mamuli kissa nahi hai. Balki ek aise underworld ka hai jaha sirf apne marte hai, chahe goli kahi se bhi chalein. Packed with punchy dialogues, the Cartel web series is a story about five crime lords operating in the underworld. The Khan’s, Anna’s, Gajraj’s, Angre’s, and the bookie-cum-movie producer rule different parts of the city of the dreams. While the Angre’s count as one of the powerful gangs in Aarey, the Khan’s run Mahim. Anna operates in Dharavi and Gajraj leads Chembur. Lastly, the bookie-cum-producer conducts his business in the town area of Bombay. These five gangs will take you on a rollercoaster ride with their action sequences, intense one-liners, and dher sara swag.

Cartel is hands down ALTBalaji’s big-budget web series that will see some of the popular actors in the lead roles. Although the details haven’t been revealed, it is speculated that Rithvik Dhanjani, Tanuj Virwani, Divya Agarwal, Monica Dogra, Samir Soni, Supriya Pathak, and others will be seen in the lead roles. These celebrities will step into brand new avatars to deliver their best in the Cartel web series. And we can’t stop dreaming about it!

Brace yourself as ALTBalaji presents to you a one-of-a-kind saga of five crime lords jinke dhandhe mein kahaniyan sirf shuru hoti hai. This gangster drama set in the streets of Mumbai is a must-watch for the most obvious reason. No points for guessing the right answer. It’s due to the enticing storyline! The story of the Khan’s, Anna’s, bookies, Gajraj’s, and Angre’s will keep you hooked to your screen with its unexpected twists and turns. Trust us, you can’t miss out on the Cartel web series. You’ll see why!

Ab agar bhaigiri honi hai toh thoda action bhi toh hoga na, boss. Kya aap bhi! The Cartel web series is a crime drama that will leave a shiver down your spine with its action sequences. Goliyaan, gaadiyaan, gang violence, sab hai inke pass. It’s safe to say that the Cartel web series is a tale of intense action, power, politics, aur dher sara masala. So, what are you waiting for, viewers? Get ready to catch the star cast of the Cartel web series who will be seen performing these action scenes like a ‘pro’ real soon.

And finally, saving the best for the last. Another reason why you can’t miss out on the opportunity to watch Cartel is its captivating visuals. Right from its beautiful backdrop to vintage vibes of the series, everything about Cartel is a sight (and no, we’re not kidding!) Well, what can we say? You’ll see!

ALTBalaji’s Cartel is almost here! Catch the whole star cast in their brand new avatars in the latest web series exclusively on ALTBalaji. So, hurry! Get started by paying only 80 paise per day right away!